America was founded as a Constitutional Republic with a defined role for our Federal and State Governments (including the Rule of Law), and a defined Citizen’s individual Bill of Rights.

Our Independence is being overrun by Politicians, Bureaucrats and Evil Cohorts who prefer Socialism or Communism run by an Oligarchy of Elites. They do not respect America and really want to become part of the Global Community. They use pretexts (e.g. Covid-19 Hoax), lies, fear, race, gender, laws, force, and incentives to increase control and power.

Today’s America harkens back to some issues that existed in 1776. A powerful, coordinated minority has control of our levers of power (similar to Colonial England or Nazi Germany). They suppress freedom, issue mandates, control wealth, imprison, spread propaganda, diminish religion, tear down the Constitution and Bill of Rights, erase our History, and do not tolerate opposition. They align with and collaborate with their counterparts globally. They do not respect our Citizens.

When General Washington crossed the Delaware River on a freezing, stormy night in small boats to attack Trenton, NJ; the American War of Independence had not been going well. After he won the Battle of Trenton; the balance changed and we won our Freedom.

Now, our “Battle of Trenton” is the 2022 Election (Federal, State, Local). If we wish to peacefully retain our American Freedom we must: 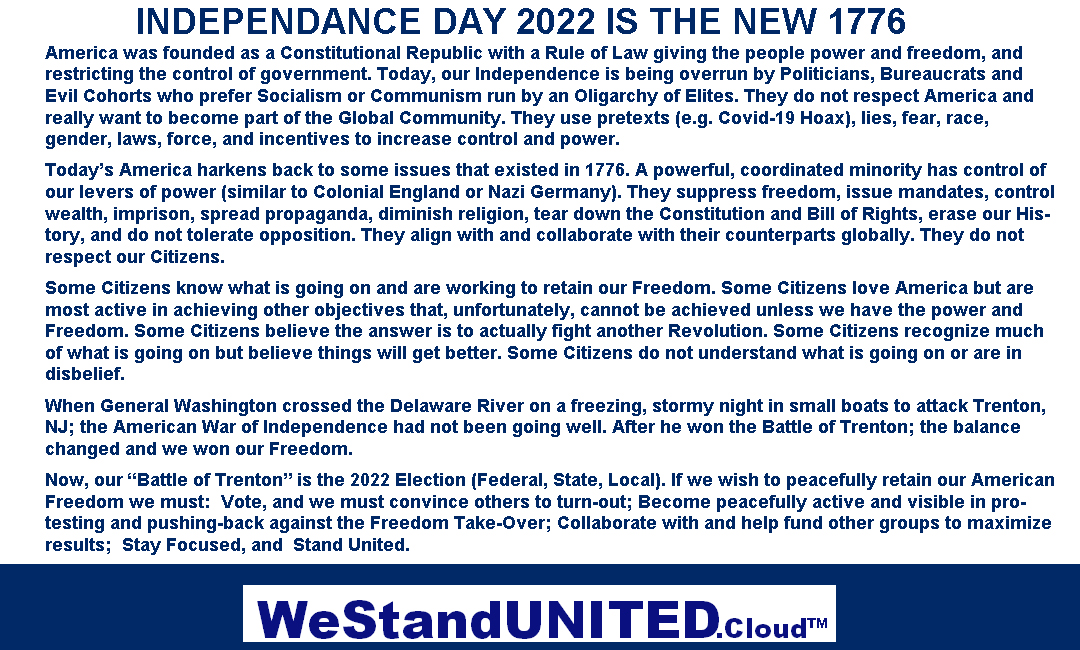