How to create a social state according to Saul Alinsky:

There are eight levels of control that must be obtained before you are able to create a social state. The first is the most important.

Saul Alinsky died about 48 years ago, but his writings influenced people on “The Left” with vast political control of our nation today.

Hillary Clinton did her college thesis on Saul Alinsky’s writings and Obama has written about him in his books.

His book Rules for Radicals is a very informative read. You can find it in many places online for free. It’s a short read but an important one. Alinsky dedicated the book to Lucifer as the “original radical” in his fight against God, and he is Alinsky’s hero. 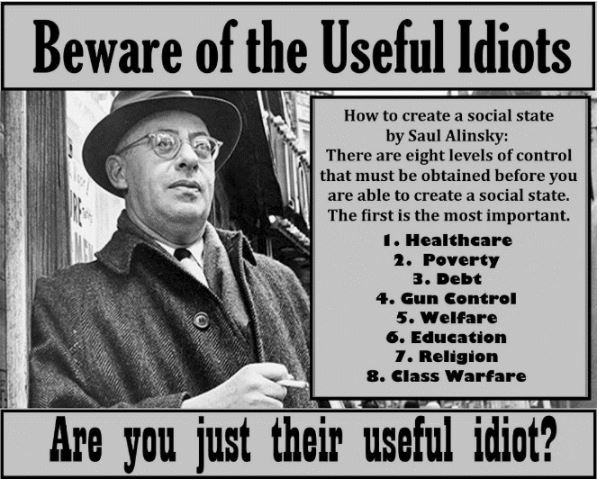 View all posts by BayAreaTransplant →

Our Other WIKI Links

Our Other WIKI Links